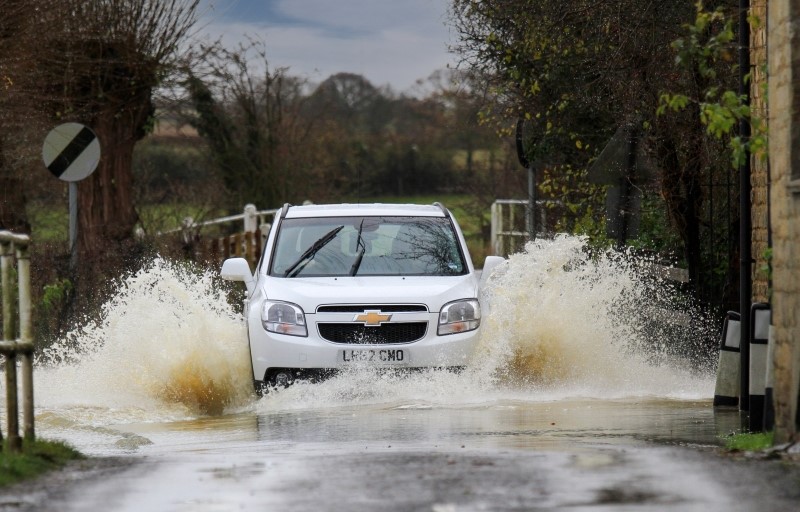 Roads across the country have been flooded, leaving motorists stranded or with a tough decision: should I risk driving through this huge amount of water or turn around and try a different route?

Driving through deep water can damage your vehicle and could leave you with an expensive repair bill, not to mention the fact that you could be left stranded. Crucially, it could also result in your claim being denied by your insurer, if it's proven that you've deliberately driven through a larger amount of water than your vehicle can adequately cope with.

Modern cars are quite capable in extreme weather, but they remain especially vulnerable to water. Both the electrical system and the engine are particularly susceptible to water damage. Ideally, turning around and finding a different route is the best option.

If you do encounter flooding on the road, it's important to keep your cool and proceed sensibly and safely. Remember, wet roads in general - even just a light layer of rain - mean that stopping distances increase.

You should definitely avoid driving through more than six inches of standing water, or more than four inches of moving water.

Approach slowly - or even park up - and watch other motorists who are driving through the water. See how another car gets on, which will also help you gauge the depth of the water, and then proceed with caution.

Stay on the crown of the road in the middle where possible, and crawl through the water very slowly in first gear. Keep the engine revs up: this generates power and momentum, and helps avoid water entering the exhaust pipe.

Resist the temptation to make a quick exit, as going at speed can push water into the engine.

Another thing to watch out for is the lunatics coming the other way. You might be doing everything right, but big 4x4s or trucks racing though in the opposite direction can create such bow waves they drown your car.

When you emerge from the water, dry the brakes by using them gently. If there were leaves, litter or other debris in the water, park up as soon as it's safe to do so and check the radiator for blockages.

Far from being immune to problems, even drivers of large 4x4s should take care. Experts at Land Rover advise entering the water slowly at about 1-2mph, before accelerating ever so slightly to about 3-4mph. This creates a bow wave in front of the vehicle, which will create a depression in the engine bay and keep the air intake clear of water. However, this technique won't work with old, beam-axled 4x4s, as the water tends to hit the front axle beam and squirt straight into the engine bay.

Unless you absolutely have no choice, don't stop half way through. You will lose all forward momentum, and water is heavy, so it can be quite difficult to get moving again once you've stopped.

If the worst happens and your car stops, leave the bonnet closed to avoid any further water ingress, climb out, lock the car and wade to dry land. In direst emergencies, you could try starting the car in first or reverse gear, but few starter motors will stand that sort of punishment, so don't rely on it.

Avoid going too fast into even quite shallow puddles as that can lead to aquaplaning, where the front tyres will no longer steer the car and you lose control.

Finally, remember that it is also inconsiderate and illegal to soak pedestrians, leading to a fine and penalty points if you're caught.

Keep your cool. Keep it moving. Keep it slow.
Read another article
Contact us
•
News
•
About us
•
Helpful guidance
•
Report an accident